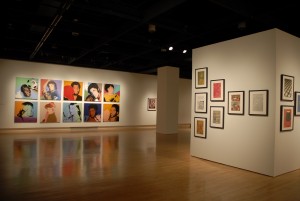 The purpose of The Gallery is to retain articles, photographs and information on the Parish that may be of continuing interest. Fr Patrick’s “Thought for the Week” for past weeks can be found here:

Feast of the Presentation of the Lord 02Feb20

Feast of the Baptism of the Lord 12Jan20

Solemnity of the Epiphany 05Jan20

Sunday within the Octave of Christmas 29Dec19

Blessed Dominic Barberi (born 1792) was an Italian theologian and a member of the Passionist Congregation. He was beatified by Pope Paul VI in 1963. Blessed Dominic is best known for receiving Blessed John Henry Newman into the Roman Catholic Church at Littlemore, near Oxford, in 1845, and his more local connection is that he died near Reading Railway Station in 1849.

Our Lady, Queen of Heaven

Queen of Heaven is a title given to the Virgin Mary by Christians mainly of the Roman Catholic Church, and also, to some extent, in Eastern Orthodoxy and Anglicanism. The title is a consequence of the First Council of Ephesus in the fifth century, in which the Virgin Mary was proclaimed “theotokos”, a title rendered in Latin as Mater Dei, in English “Mother of God” (From Wikipedia).

St Anne with Our Lady

Saint Anne (also known as Ann or Anna) of David’s house and line, was the mother of the Virgin Mary and grandmother of Jesus Christ, according to apocryphal Christian and Islamic tradition. Mary’s mother is not named in the canonical gospels, nor in the Qur’an. Anne’s name and that of her husband Joachim come only from New Testament apocrypha, of which the Protoevangelium of James (written perhaps around 150) seems to be the earliest that mentions them (From Wikipedia).

Blessed Hugh Faringdon (died 1539) was a Benedictine monk who presided as the last Abbot of Reading Abbey. At the dissolution of the monasteries under King Henry VIII of England, Blessed Hugh was accused of high treason and executed. He was declared a martyr and beatified in 1895.

The above four images, displayed at the High Altar, were painted by Marcelo Lavallen, who is the artist responsible for the beautiful artwork in the restored Shrine. 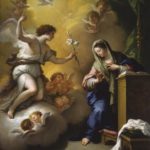 On Wednesday 25 March, the Solemnity of the Annunciation of the Lord, our Holy Father Pope Francis has asked the …

END_OF_DOCUMENT_TOKEN_TO_BE_REPLACED 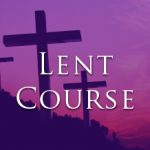 As you will expect in the current climate,  the remaining Lent course sessions have been cancelled.

What to do when you can’t get to Mass

Following the directive from the Bishops Conference of England and Wales, all Masses will stop …